The Johan Cruijff ArenA is just as versatile as the legendary number fourteen whose name is on the facade of the stadium. 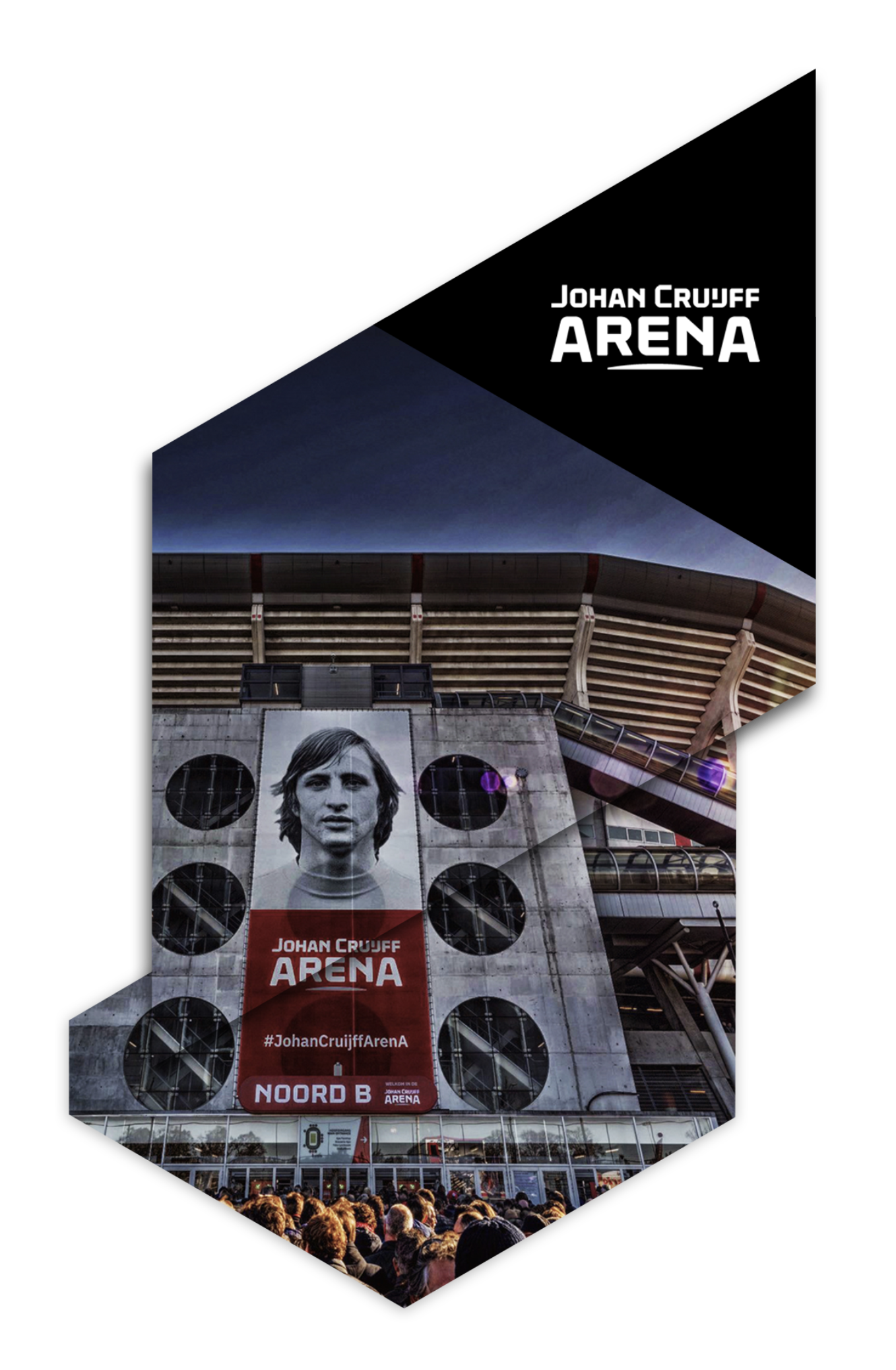 A new digital jersey for the Johan Cruijff ArenA

Johan Cruijff his name still lives on. This is partly due to the Johan Cruyff Foundation, for which we are a proud digital supplier, but also because the former Amsterdam ArenA was renamed to the Johan Cruijff ArenA. In line with all communication, the domain was changed to www.johancruijffarena.nl, however, the website was a bit outdated. Therefore, a new digital jersey was desired.

But what has changed? Why is it better now? This is what we did!

“Often something needs to change before something happens.”

Via social media the first glimpses of the website were shared, some people even thought that Cruijff was getting his own statue, but soon it became clear that the Johan Cruijff ArenA got a new website. Once again, TDE is proud to honour Johan Cruijff with a digital solution linked to his legacy.

Most of the time Cruijff was cryptic about his tactics: "If I wanted you to understand, I would have explained it better", he said. As TDE we will give it a try. Like several other websites from TDE (including Team Jumbo Visma and RacingNews365), the new Johan Cruijff ArenA website is built with Craft. With Craft we created a dynamic framework, which basically means that all elements on the website can be managed from a custom content management system (CMS).

This offers lots of flexibility. For example, the Johan Cruijff ArenA can easily communicate events, publish the latest news, post vacancies and share information without any technical support. In addition, we implemented software of KPMG that enables the Johan Cruijff ArenA to link forms that deliver the input directly to the right departments, all to improve their customer services. In terms of innovation and versatility, the new website perfectly fits the image of the stadium!

The design of the website contains various references to the legendary number 14. For example: All oblique elements have an angle of exactly 14 degrees. In addition, a special 404 page has been developed for pages that are not found on the website. Furthermore, we created a loading animation with the number 14, and to top it off we used photos and quotes as a reference to Johan Cruijff. 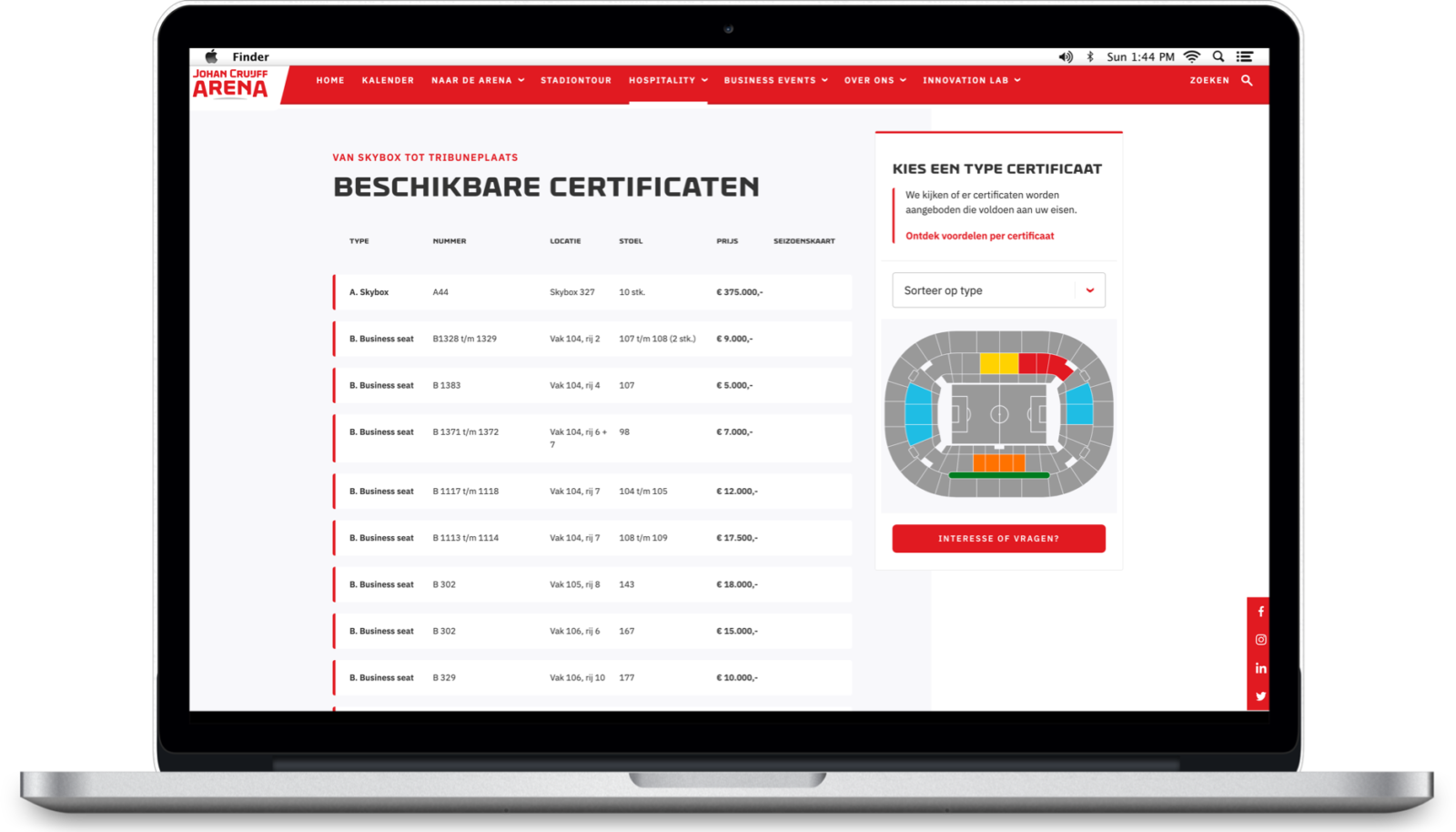 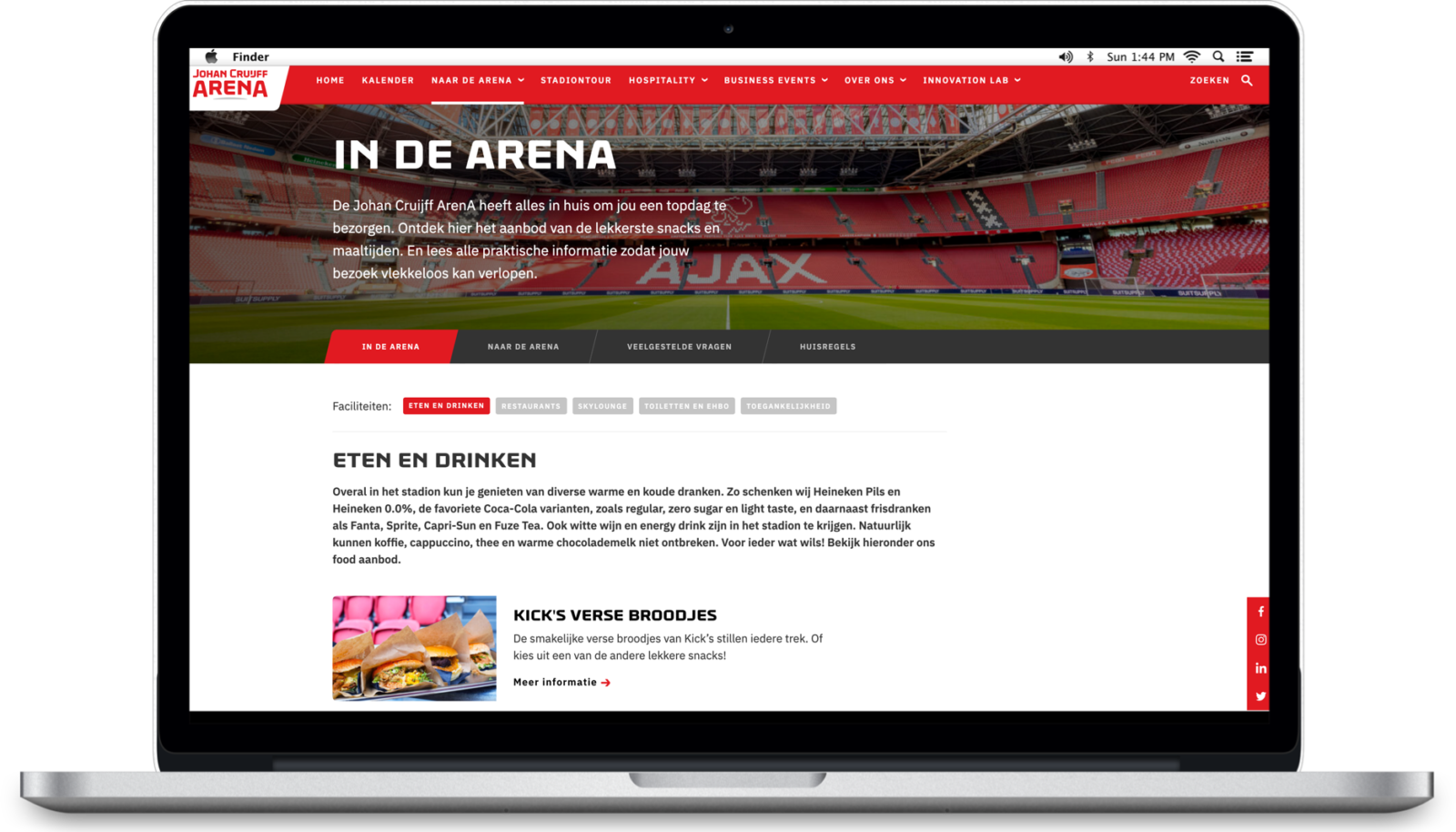 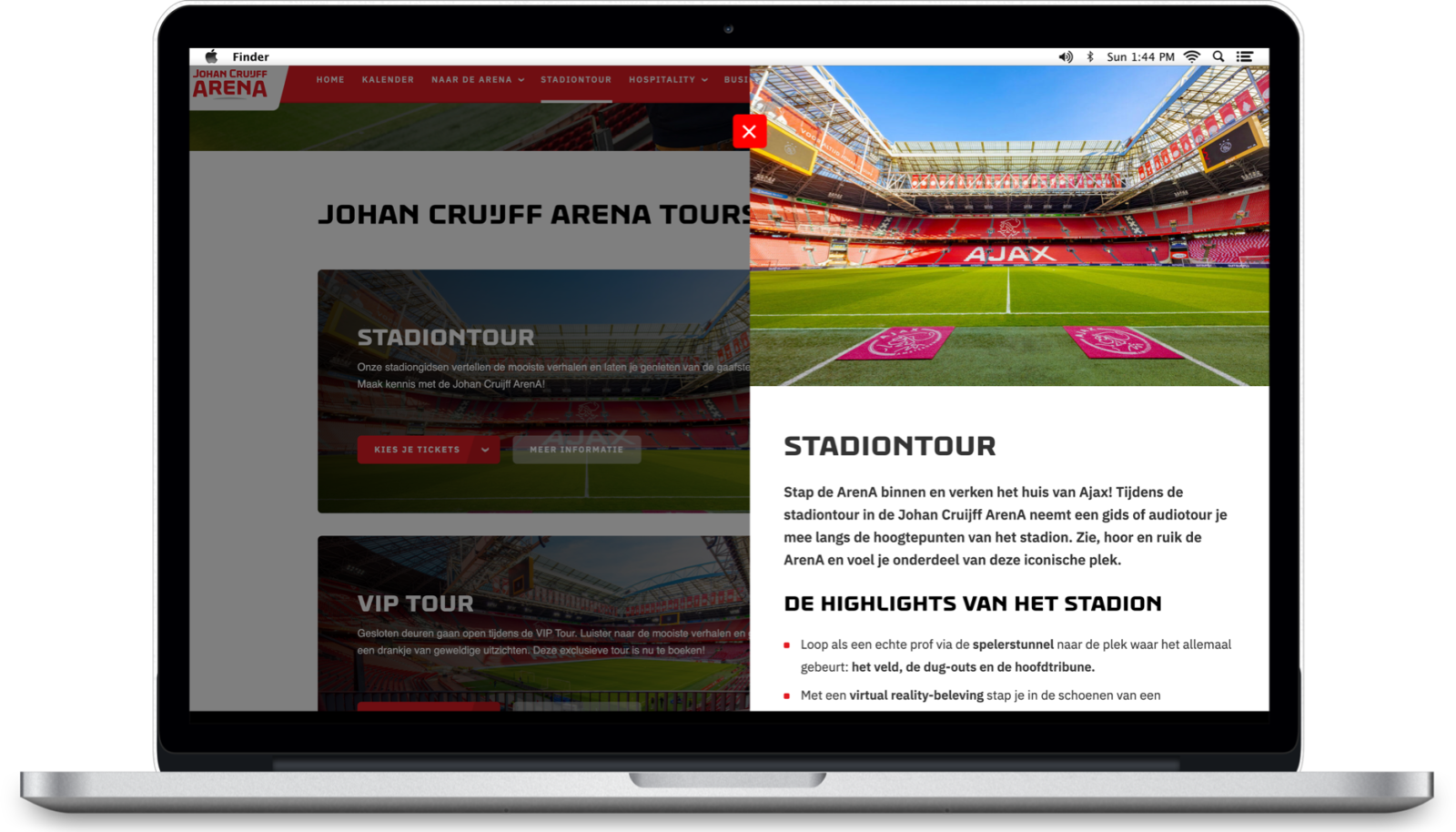 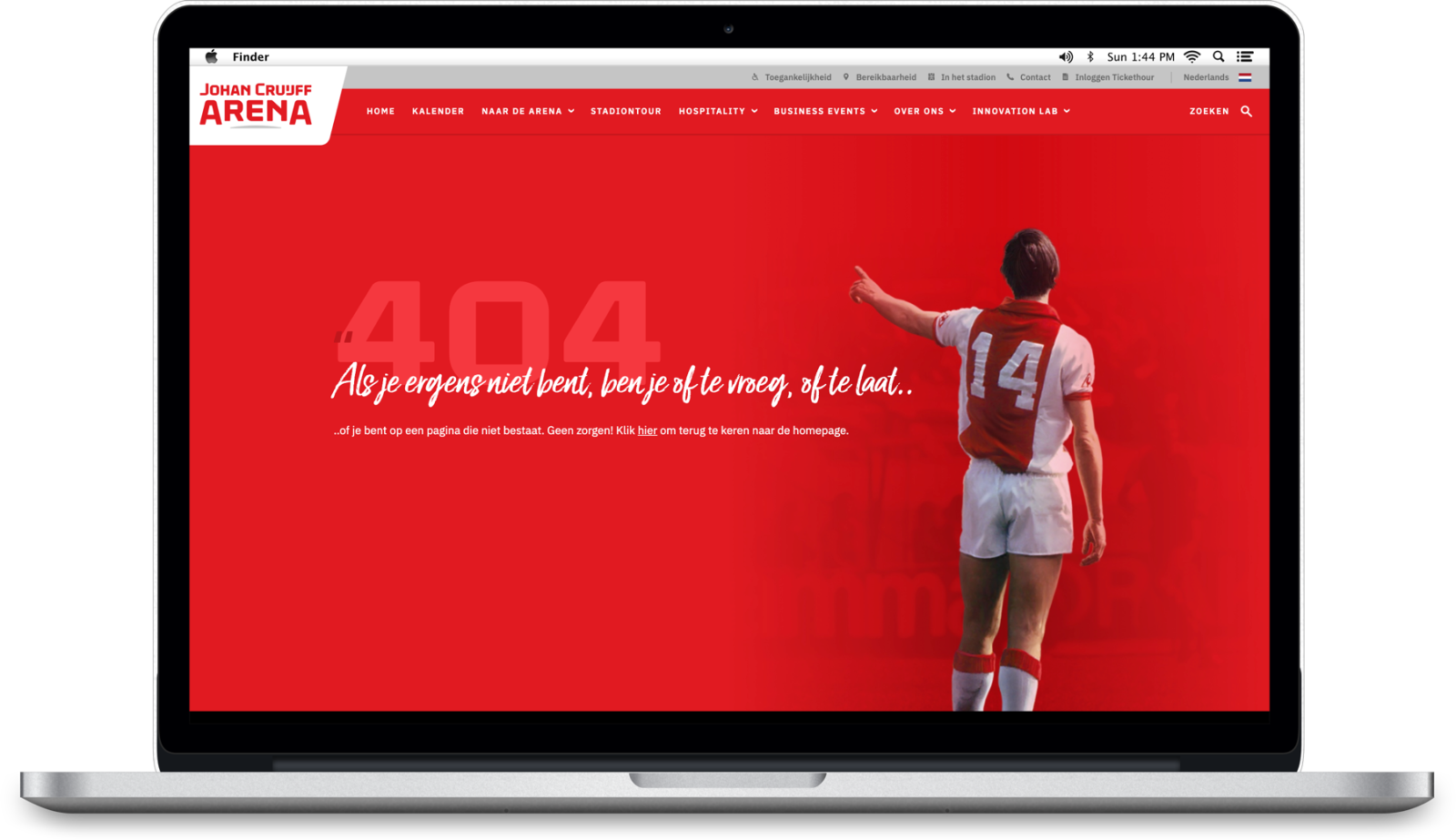 If you can do something for someone else, you’ve got to do it. That’s why we are a JCF supplier.

A digital ode to the one and only number 14.

This is how 15,000 Ajax fans decided on the Ajax season pass design.

How this Formula 1 website fights the competition with smart digital strategies.

A digital fanzone for OnsOranje

An ode to the football shirts!